The Future of Richmond Green: FAQ

In my commitment to transparency, I want to make clear how I came to this conclusion. After speaking with a leader in the opposition to this development in addition to members of the affected communities, I sought to understand the issues and questions that were facing the community. I have collected them here in this FAQ.

Background on the Park 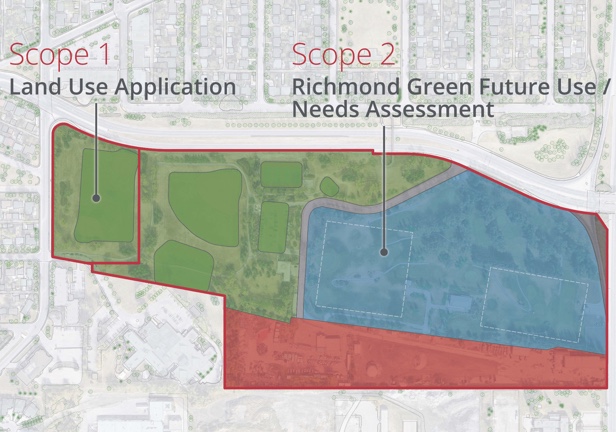 Figure 1. Diagram of the current structures that exist within Richmond Green Regional Park. Note: Only that in green is publicly accessible park space. The Blue and Red areas, while included in the description of the regional park, they are not free and accessible public park space.

An additional point to be aware of is that underneath the Golf Course exists water infrastructure used to store and supply treated water to the surrounding communities. This will come up later.

In the midst of it all, a new road connecting Currie Barracks to 33rd has been approved and will be built connecting many surrounding communities with transportation and much needed transit access. 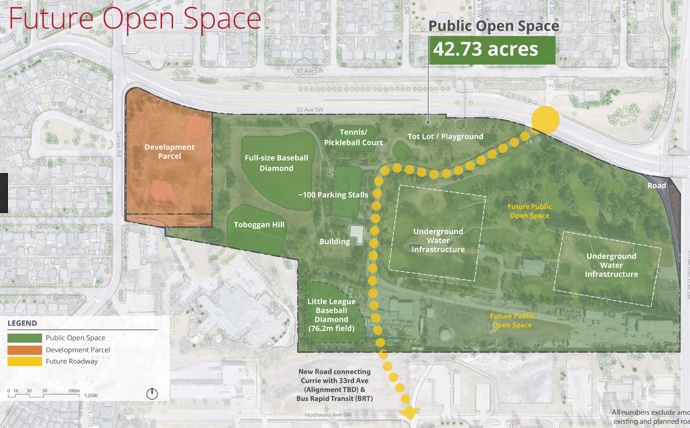 Figure 2. The Future of Richmond Green proposal. Note: This numbers in this image demonstrating a net gain in public open space already account for the land taken for parking and the new road splitting the park.

Rather than development taking place on the 10+ Acres at the OWC site (Red, Fig. 1), the City worked collaboratively with Calgary Parks and Calgary Water to propose an alternative sale of a 5 acre parcel at the NW site of the two well-used little league diamonds (Orange, Fig. 2) to be developed. The proceeds from the sale will be directed right back into the park supporting immediate improvement and expansion of Richmond Green (Fig. 2).

The proposal seeks to turn the OWC site into open park space, replace the little league diamonds with a full-size diamond located on the OWC grounds, commit to building another baseball diamond nearby that is accessible to the impacted communities, upgrade the amenities of the park, and take down the pay-barrier that existed on the golf course to truly turn it into space for even more of the community to enjoy.

Listening to the Community

Many have spoken out in favour of this proposal, but there is also a vocal opposition to this development, led by members of the Rutland Park Community Association, have been outspoken in the hopes of seeing this proposal voted down when it goes to Council on July 26. After engaging with leaders of this group, I have attempted to summarize their concerns here:

I listened, I learned, and I pursued answers. What I found was positive, and it allayed so much of the fears that exist within the community.

1. Any sale of Park space in Calgary sets a bad precedent for other parks in Calgary.

This proposal was created in collaboration with Calgary Parks whose mandate is to never lose park space. The rigour that this proposal was put through was done with that mandate in mind. This is not a true sale of park space, but a rearranging development that was already occurring in this area in order to increase usable, free, and public park space.

The precedent set here is not as scary as it sounds: The sale of park space for development must coincide with a net increase in park space. That is a high standard to bear (fig. 3). 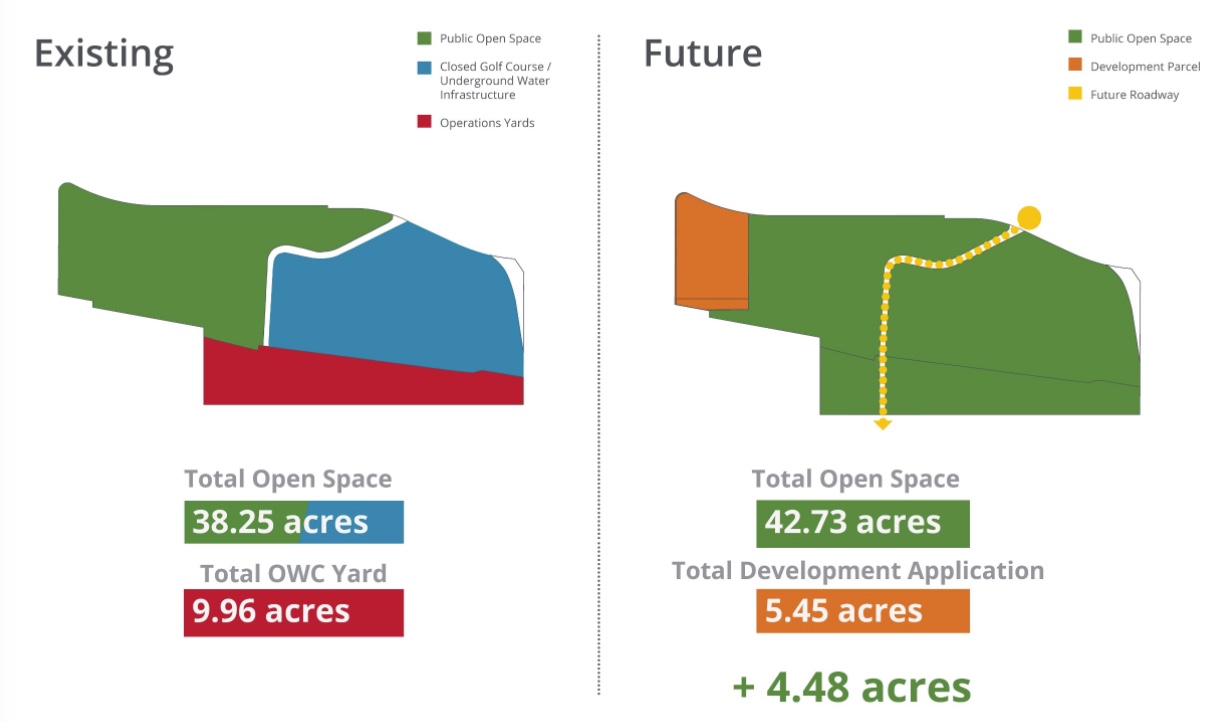 2. Questions remain about how future expansions of Water infrastructure will affect the park.

The communities that serve Richmond Green Regional Park all understand the significance of the water infrastructure that exists under the park. As the city develops, this infrastructure will need to expand. There is a justifiable fear that the expansion of water infrastructure will reduce the space open to the public. In addition to that, one of the few areas of the park that is unencumbered by potential water expansion is the 5+ acres that the two little league diamonds sit on. Which is why Calgary Water has committed to co-stewarding this park with Calgary parks because even though Water takes precedence in this space, the necessity of safe and accessible amenities in our established communities will underly every decision that is made in this space.

We know this park will change no matter what regardless of whether this proposal is approved. Calgary Water and Calgary Parks have committed that their co-stewardship of this space will be focused on creating amenities that satisfy the needs of the city and the citizens that use the park. Glenmore Athletic Park is an example of this co-stewardship in action – where both water and parks serve the community well.

3. The surrounding communities have taken on density, why are we adding more?

The surrounding communities have changed in the last 50 years, but we must design our spaces for the people and culture of today and not of 40 years ago.

For example, Rutland park has lost a quarter of its population in the last 40 years. In addition to this, 91% of dwellings in this neighbourhood were built before 1980. Richmond Green’s population has seen its population numbers go down since 1968. South Calgary and Killarney have seen their populations only recently recover to the population level they once were.

The reality is that today, families are smaller and the populations in these communities are aging. The data shows that in the last 50 years less people are taking up the same amount of space. But we can begin to change that. Smart and sensible development is needed to help our communities grow and not shrink. This development would be a start to inviting people of all ages, families, and newcomers to join this community.

4. Those diamonds are well used, we don’t want to lose them.

Long story short, you won’t. You’ll get better ones.

In this harsh economic reality, it is challenging to find funding to support improvements to our parks. It isn’t impossible, but if these communities just wait for funding, it may take years to come through without any guarantees it will. But with this proposal, Richmond Green will see a state of the art field built now, and another guaranteed to replace the one lost.

As your Councillor, I commit to being an ally to ensure that these park improvements are done well and done in a timely way. The community should not lose these baseball diamonds and then wait years for the new ones.

5. The development of Currie Barracks means that we need more park space, not less, per the Open Space Policy plans.

The development of Currie Barracks will bring a lot more people into the area and currently the Open Space Policy says that citizens should have access to 2 Hectares for every 1000 people. A very reasonable concern is that with the development happening at Currie, this standard will be unattainable. This concerned me, so I pursued answers, and my fears were allayed.

The Open Space Policy calculations do not include Regional Parks because they service multiple communities. This might sound like planning jargon, but to sum, the Currie Barracks development must abide by the Open Space Policy and make sure that the new residents to that space have sufficient open space.

Richmond Green is not included in the Open Space Policy because it is a regional park, but even so, this proposal ensures that the communities that use this space, including Currie, will enjoy it knowing they’ve been invested in.

Investing in our communities and green spaces

I promised to enter this race with an open heart and mind. I promised to listen, to engage with experts in the community and at the city and come to a reasoned conclusion. I commit to be transparent in my decisions – to explain them and to stand true to what I value.

I know I’ve taken my time, Ward 8, but the Future of Richmond Green is bright. Change is definitely scary, I’ve lived it, but when done well, change helps us move forward.